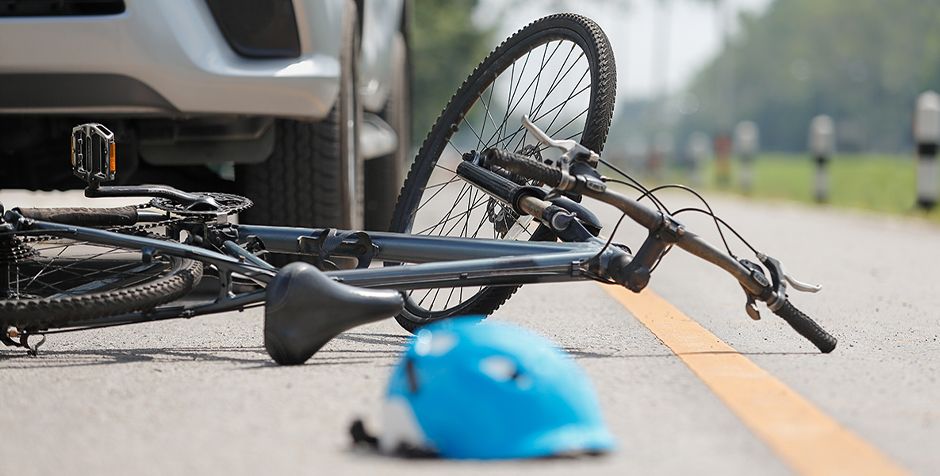 At Breakstone, White & Gluck, our Somerville bicycle accident lawyers represent cyclists and others who have been injured by negligent or reckless drivers. Somerville is a densely settled city and drivers do not always use caution or respect the city’s low 20 mph speed zones. Even when cyclists follow traffic safety laws, they can be injured by a negligent driver or truck operator.

Our attorneys are proud to give back to the Somerville community each year. Through our Project KidSafe campaign, we have partnered with Shape Up Somerville and CYCLE Kids and donated helmets to elementary school students across the city. Our attorneys have been active in these donations, participating in school events and speaking to students on the importance of wearing a bike helmet. We also donate bicycle helmets in partnership with the Somerville Kiwanis Club and Groundwork Somerville.

We hope you are never injured, but if you are, learn your legal rights. Our bicycle accident attorneys offer a free legal consultation. Call 800-379-1244 or use our contact form.

“We know the stakes are high. We know our clients depend on the results of our efforts. It’s what drives us to work as hard and to be as thorough and tenacious as we are.”

From Davis Square to Assembly Square, Somerville is known for cycling. Just north of Boston, the city has over 80,000 residents and covers about 4 square miles, making it one of New England’s most densely populated communities. Many cyclists are commuters, traveling to Cambridge and Boston for work or college.

Just how many cyclists are in Somerville? This is a good question. In 2014, the League of American Bicyclists reported 8 percent of Somerville residents bike to work. More significant, Somerville had the highest percentage of bike commuters in the Northeast (followed closely by Cambridge). In 2016, the City of Somerville reported an even higher figure of bicycle commuters – 12.5 percent.

The Massachusetts Department of Transportation (MassDOT) regularly reports on the state’s top crash locations involving bicyclists, pedestrians and motor vehicles. Cambridge has 8 of the top 10 bike crash areas, in the most recent reporting for 2005-2014. Four areas of Somerville were included.

Somerville has miles of bike lanes, along with the off-road Somerville Community Path, and continues to make improvements. One major project has been Beacon Street, long known for bicycle accidents, now revitalized with bicycle lanes, pedestrian crosswalks and traffic upgrades. Also critical were the separated bike lanes installed along Inman Square, just over the Somerville line in Cambridge. These stretch from Inman Square to Sanders Theater and approach Harvard University. The bike lanes were introduced after the June 2016 death of a young Somerville cyclist, who collided with a Jeep’s open door near the intersection of Hampshire and Cambridge Street. She was thrown into traffic and ultimately died in a collision with a landscaping truck.

Traffic patterns continue to change in Somerville, particularly with the increase of rideshare vehicles and COVID-19. In March 2021, city officials announced Somerville will prepare a new Bicycle Master Plan.

Dooring accidents in Somerville and Cambridge are more common than people realize. The risk for dooring is always higher near on-street parking. A driver parks and opens their door into the bike lane, seriously injuring a cyclist in a dooring crash.

What is important to remember is drivers have a responsibility to look for cyclists and pedestrians before they open their door. Massachusetts has recognized the severity of dooring injuries and a driver can be cited for dooring a cyclist or a pedestrian, under M.G.L. c.90 § 14. With a proper investigation by an attorney, you may be entitled to seek compensation for your injuries.

What to Do After a Somerville Bicycle Accident at an Intersection?

Many bicycle accidents occur at intersections, where cyclists travel closely to cars, SUVs and large trucks, including 18-wheelers, and package delivery vans. Somerville has some major intersections, such as the McGrath Highway and Mystic Avenue.

Right turns are particularly stressful for cyclists who cannot see what truck drivers are doing. When truck drivers turn large trucks without checking for cyclists, this is called a right-hook accident. The truck can fatally hit the cyclist with the side of the truck.

Cyclists may have a better view of other drivers at intersections. But this doesn’t mean they can troubleshoot or steer away from a potential accident. At an intersection, a driver’s most fundamental responsibility is to stop at a red light or stop sign. Drivers are also operating negligently whenever they violate pick up cell phones or drive outside marked lanes or bike lanes.

What Should You Do If You Have Been Injured on a Bicycle?

If you have been injured in a Somerville bike accident, seek immediate medical attention from a doctor or emergency room. If you suffered any injuries or have to miss work, contact an experienced bike accident lawyer to explain your legal rights and whether you may be entitled to seek financial compensation for your injuries.

After a bicycle accident, it is important to act quickly to allow a lawyer to start an immediate investigation. Traffic scenes often charge overnight and from week to week. It is critical to identify the driver.

The lawyers of Breakstone, White & Gluck have over 100 years combined experience representing injured cyclists in Somerville, Everett, Medford and across Massachusetts. We hope the resources on this page help you ride safely. If you are ever injured, it is important to learn your rights and act promptly. Massachusetts has a Statute of Limitations for filing injury claims. For a free legal consultation, contact 800-379-1244 or use our contact form.

Resources for Cycling in Somerville

Massachusetts Bicycle Laws. If you have a cycling question, we may have the answer in our Quick Facts About Cycling In Massachusetts guide.

It is important to learn about bike lanes before you ride in Somerville. Cyclists are permitted to ride on sidewalks, except in Somerville business districts, including:

Wear a Helmet and Reflective Clothing

Breakstone, White & Gluck donates children’s bicycle helmets in Somerville each year through our Project KidSafe campaign. Cyclists who are 16 years of age or younger must wear helmets while riding bicycles, under M.G.L. c. 85, § 11B. But we encourage cyclists of all ages to wear a helmet every time you ride and to also wear a reflective neon vest so you stand out to drivers. Purchase a helmet which meets the safety standards set by the Consumer Product Safety Commission.

Our Project KidSafe partners in Somerville: