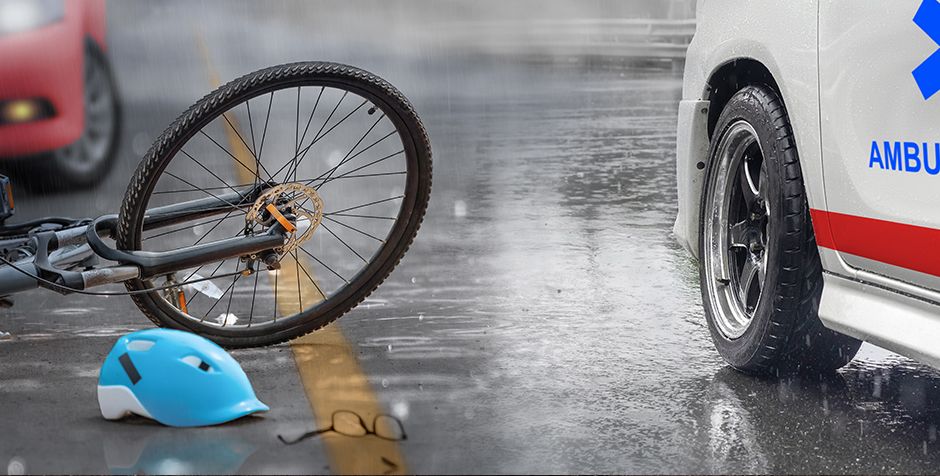 The NHTSA reports that 27 percent of all fatal bicycle accidents happened at intersections in 2017. In Massachusetts, we have seen fatal crashes and severe injuries when drivers speed, talk on cell phones or cut cyclists off right off in the intersection.

Massachusetts Laws on Driving Near Cyclists at Intersections

Failure to yield and stay in marked lanes. Drivers must yield to cyclists and stay in the traffic lane.

Speeding. Drivers have a responsibility to travel at safe speeds through intersections.

Stop signs. Drivers should come to a complete halt at stop signs. They have a responsibility to stop before crosswalks and painted stop lines on the pavement.

Passing at an unsafe distance. Massachusetts drivers have a responsibility to pass vehicles, including cyclists, at a safe distance. This includes when approaching intersections.

When approaching or passing a bicyclist, “the operator of a motor vehicle shall slow down and pass at a safe distance and at a reasonable and proper speed,” according to M.G.L. c. 90 § 14. When attempting to pass cyclists or other vehicles in the same lane, drivers can use all or part of an adjacent lane – but only if it is safe to do so. When this is not safe, drivers must wait for a safe opportunity. M.G.L. c. 89 § 2.

The law states, “No person operating a vehicle that overtakes and passes a bicyclist proceeding in the same direction shall make a right turn at an intersection or driveway unless the turn can be made at a safe distance from the bicyclist at a speed that is reasonable and proper.”

When drivers neglect to check for cyclists or travel at an unsafe speed, they can cause what is known as a right hook accident.

These accidents often involve large commercial trucks. The cyclist is typically traveling in the bicycle lane, parallel to the large truck, but also below the driver’s line of sight. Drivers must be proactive about checking for cyclists in the bike lane or approaching from behind. They must continuously check and make use of all mirrors and equipment.

Right hook accidents are a very serious problem in Boston, claiming the lives of numerous cyclists over the years. In response, the city has approved a truck side guard ban and continues to expand protected bike lanes. This is part of the solution, but truck drivers and truck companies must also be vigilant.

Left hand turns. When drivers turn left, they must yield the right of way to any vehicle approaching from the opposite direction, including bicyclists. M.G.L. c. 90 § 14. Often called left hook accidents, these collisions can happen at intersections, but also at parking lots, driveways and other turns.

Distracted driving. Massachusetts drivers are not allowed to use hand-held cell phones, including at intersections and stop signs. M.G.L. c. 90 § 13B. This is an important law, because cell phone use and texting while driving cause many distracted driving injuries to cyclists and damage to their bicycles. More than traffic studies could ever accurately count.

Beyond this law, drivers have a duty to operate with reasonable care and not engage in any distractions that create unsafe conditions on the road – including in the bike lane.

At Breakstone, White & Gluck, we understand bicycle accidents are devastating for cyclists and families. We understand that lives can be forever changed with one driver’s poor decision. Our law firm has represented cyclists who have been injured by negligent driving in Massachusetts since 1992. We also represent families in wrongful death actions against drivers and trucking companies.

If you have been injured, we are here to assist you with all the difficulties you face after an accident.

We represent cyclists throughout Massachusetts, including in Boston and Cambridge, North Shore, the South Shore, Cape Cod, New Bedford, Worcester and Central Massachusetts and Western Massachusetts.