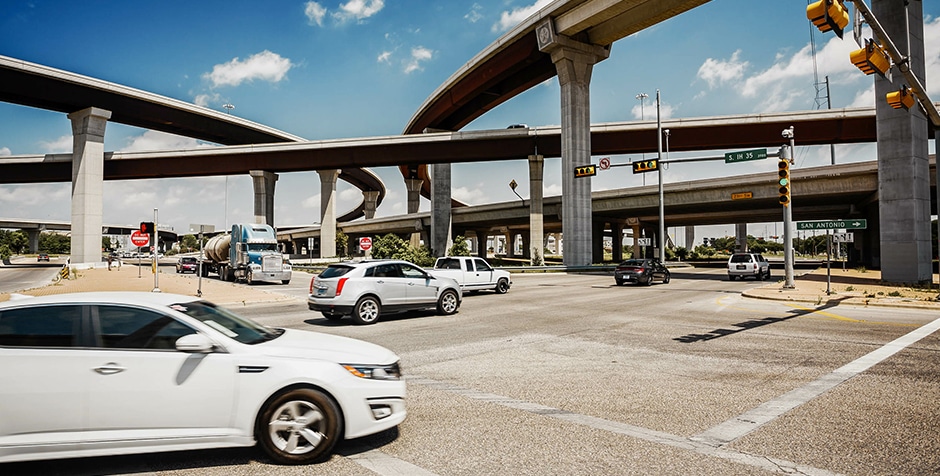 Many serious car crashes occur in intersections in Massachusetts. The majority of serious injuries occur in uncontrolled intersections in which there are no traffic control signs or signals. However, the presence of traffic lights and stop signs, if those signs are ignored by careless drivers, may do little to reduce the number of major crashes.

This is not surprising because some intersections in Boston and elsewhere in Massachusetts have thousands of cars pass through them on a daily basis. The dangers involved with intersections increase rush hour traffic in the mornings and evenings, as well as during bad weather or when visibility is otherwise compromised. Intersection accidents generally take the form of broadside collisions, or side-impact crashes. A large number of crashes involve vehicles turning left across the lane of vehicles traveling in the opposite direction. Most drivers understand that the vehicle traveling straight has the right of way. However, many careless drivers try to sneak a left turn ahead of an oncoming vehicle and cause intersection crashes.

If you have suffered injuries in an intersection accident, you can bring a personal injury claim against the party who caused the accident to recover compensation for your injuries. At Breakstone, White & Gluck, our Boston car and motorcycle accident lawyers have guided hundreds of victims and their families through the legal process. We have a reputation for consistently obtaining maximum recoveries for our clients. If you have been hurt in an intersection crash, whether as a driver or passenger, you should not delay in learning about your legal rights and options; time may be running out on your claim.

Bringing a Negligence Claim Based on an Intersection Accident

Every motorist has a duty under Massachusetts law to use appropriate care when driving. When it comes to motorcycle accidents, many drivers claim that they did not see the rider before the impact. This is even more frequent in intersection accidents, when motorists are changing lanes, turning across oncoming traffic, or shifting speeds rapidly. However, failing to notice a motorcyclist while passing through an intersection is not an excuse for colliding with the rider. These accidents often happen because drivers are distracted by talking on a cell phone or texting, or because they are in a rush to get to their destination. Other drivers may fail to pay attention when traveling through an intersection because they are fatigued or intoxicated, either of which can dull a driver’s senses, reaction time, and awareness. If the other driver violated a traffic law at the time of the crash, your attorney can use this as evidence to help show that the driver failed to use reasonable care. Obtaining a copy of any police reports prepared about the accident can help determine whether a traffic violation was involved in the crash.

If we are able to show that the other driver did not operate his or her vehicle with the necessary amount of attention, you may be able to recover compensation from the defendant. Showing negligence is not enough, however. Our attorneys must also prove that the defendant’s failure to drive with appropriate care was the cause of the injuries that you suffered.

For example, some drivers try to show that they did not cause a plaintiff’s injuries by arguing that the plaintiff also acted negligently. Massachusetts has adopted a modified comparative negligence doctrine. This principle bars a plaintiff from recovering compensation if he or she is deemed 51 percent or more at fault for his or her injuries. If a motorcycle rider was speeding through an intersection or failed to use appropriate turn signals, for example, the defendant can offer this evidence as a way to show that the plaintiff was also responsible for the crash. However, if a victim was 50 percent or less responsible for the accident, they still can receive compensation according to the defendant’s percentage of fault. These rules can have a huge impact on the money that a client receives, so our attorneys are aggressive in fighting back against any allegations of a victim’s fault that may arise.

Speak with a Reliable Motorcycle Injury Lawyer in the Boston Area

If you were involved in an intersection accident, you should lose no time in consulting a tenacious personal injury lawyer to make sure that you protect your rights. While you are recovering from your injuries, we can help with negotiating with insurance companies, collecting evidence, and bringing any lawsuit that may be needed. We represent victims in cities such as Boston, Cambridge, Waltham, Lowell, Newton, Somerville, Quincy, Dedham, Norwood, Brookline, Attleboro, Barnstable, Brockton, Plymouth, Worcester, Lawrence, and Springfield. To set up your free consultation, call us now at 1-800-379-1244 or contact us online.