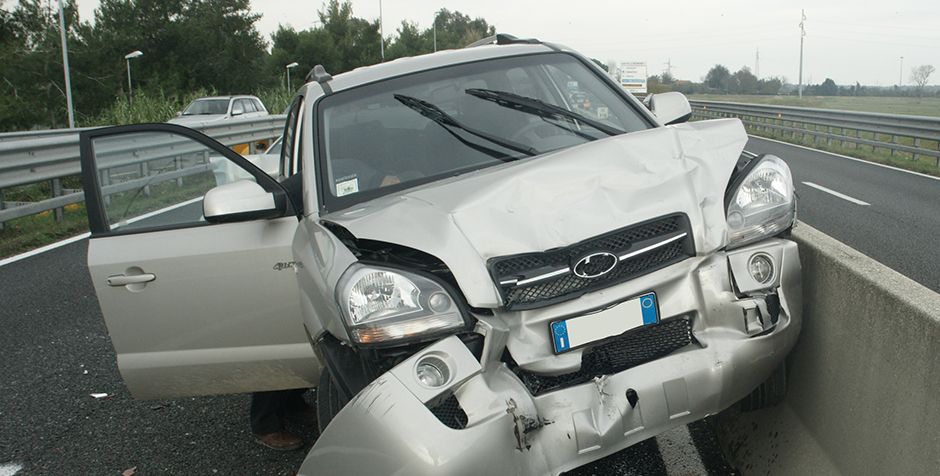 When people think of car accidents, especially those that cause serious injuries, they often think of situations involving at least two vehicles, or a vehicle and a pedestrian. There are some situations, however, in which only one vehicle is involved in a crash. A single vehicle accident may occur when a driver negligently crashes his or her car, causing injury passengers or bystanders. A single vehicle accident may also be caused when another vehicle is operated improperly, causing another vehicle to crash. For example, a drunk driver may swerve wildly, forcing another driver off the road and causing them to crash through no fault of their own. Single-vehicle accidents thus are not necessarily the driver’s fault. At Breakstone, White & Gluck, our Boston car accident lawyers recognize this fact and know how to ensure that you receive the fair treatment that you deserve.

Single vehicle accidents present all sort of intricacies in terms of making an insurance claim. Identifying a proper defendant is the first step, and this may include the driver of the car, the driver of another car, a bar that overserved a drunk driver, or many other possibilities. Sometimes the person at fault is not known, and the claim is made against your own insurance company. Even if you have paid all of your premiums on time and have a good driving record, your insurance company may attempt to deny your claim or to limit coverage. Insurance companies do not always have their insureds’ best interests in mind.

If you were involved in a single-vehicle crash, you should not assume that you do not have legal options just because no other driver hit you. You should retain an attorney who can investigate what caused the crash. In addition to a careless driver, a common cause of a single-vehicle accident is a defect in the car or one of its parts. You may be able to sue a car manufacturer under a product liability theory if it appears that a defect caused or contributed to your accident. Our attorneys likely would retain investigators and expert witnesses to explain what the defect was and how it caused the accident.

On the other hand, if a careless driver on the road caused you to crash, your attorney may be able to bring a negligence claim against that driver. We would need to prove that the other driver failed to drive safely, such as by swerving, failing to signal a lane change, or failing to take adverse weather conditions into account. If we can show that the other driver’s unsafe actions directly led to your accident, you likely would be able to recover damages, as you would in a product liability claim against a manufacturer.

Passengers injured in single-vehicle accidents also may have claims against any of these parties, as well as against the driver of their own vehicle if they were acting carelessly. While you may feel reluctant to sue a friend or family member who was driving the car, you should know that their insurance likely will cover any compensation award, rather than the driver personally.

Damages in car accident cases typically cover the medical bills and lost income suffered by the victim. Usually there are also non-economic damages, such as compensation for their pain and suffering, scarring, disability and loss of enjoyment of life. In some cases, unfortunately, a victim’s injuries persist for a long time or lead to permanent disabilities. Our motor vehicle collision lawyers can help gather evidence to show the full scope of your injuries and how they may affect your future.

If the driver who caused you to crash is not identified, you may be able to bring an uninsured motorist claim against your own insurer—which may be the insurer for your own car, a car owned by another family member, or the car that you were in when the accident occurred. This is a technical area of the law. As mentioned above, the fact that you are negotiating with your insurer does not mean that you do not need an attorney or that the insurer will be looking out for your best interests. Insurers and their adjusters often try to give victims lowball settlements in the hope of maximizing their profits. Before accepting any offer, you should make sure to seek legal representation so that you can protect your legal rights.

Single-vehicle accidents are stressful situations, especially if liability is contested or an insurer proves reluctant to negotiate fairly. At Breakstone, White & Gluck, our dedicated team of Boston attorneys understands the steps to take after a crash involving only your own vehicle. We are equipped to stand up to large insurers on behalf of victims. We represent people in cities such as Boston, Cambridge, Waltham, Lowell, Newton, Somerville, Quincy, Dedham, Norwood, Brookline, Attleboro, Barnstable, Brockton, Plymouth, Worcester, Lawrence, and Springfield. Our firm offers a free consultation to discuss your case, so call us now at 1-800-379-1244 or contact us online to get started.