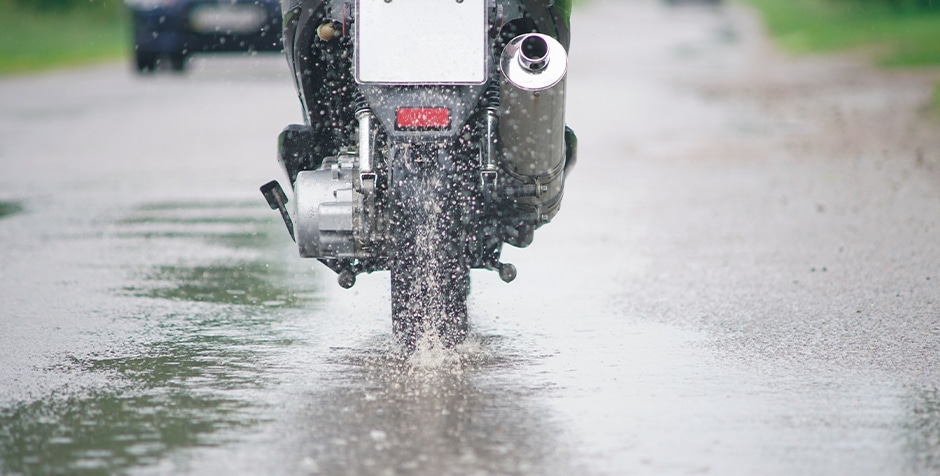 It is a general rule of the road that a motorist must “see what can be seen” when operating a vehicle. This safety rule applies to all motorists, including passenger and commercial vehicles. It is not a legitimate excuse when a driver says “I never saw him,” when asked why the driver did not apply her brakes or yield to an oncoming vehicle. This applies with greatest force in motorcycle crashes. All too often, negligent drivers tell police on the scene that they never saw the motorcycle before the crash. In short, our Boston motorcycle accident lawyers know that limited visibility is not a defense, but a sad excuse for drivers who do not pay close attention to the roadway ahead. Although motorcycle riders are typically familiar with the smaller and more narrow scale of these vehicles, there are some drivers who are oblivious to motorcyclists on the roadway and who fail to keep an eye out for them when making left turns or merging. In many motorcycle accidents involving limited visibility, the at-fault driver claims that he or she did not see the motorcyclist. This is usually not a valid defense when it comes to avoiding liability for causing a motorcyclist to suffer devastating injuries. At Breakstone, White & Gluck, we have guided numerous accident victims through the legal process, including negotiating with insurance companies, contacting witnesses, and gathering evidence. You should not let a careless driver or insurer avoid paying you the compensation that you deserve for your injuries.

The other driver’s insurance company may be hesitant to work with you and may initially deny liability for its insured. Having a seasoned motorcycle crash lawyer on your side who is accustomed to fighting against insurers can make a huge difference when it comes to securing the payments and assistance that you require sooner rather than later.

After investigating your claim and determining whether you are entitled to compensation from the at-fault driver, your attorney can file a personal injury claim against the other motorist. In the lawsuit, we will argue that the other driver did not use the appropriate level of reasonable care and skill at the time of the crash and that this was the direct cause of the injuries that you suffered. This standard of care includes being diligent during periods of severe weather and using caution when there is limited visibility, even if it means traveling slower than the speed limit.

One of the most common ways that a driver or their insurer may attempt to avoid liability is by arguing that the motorcyclist was also negligent at the time of the accident. Massachusetts has adopted the comparative negligence doctrine, which holds that a plaintiff will not be allowed to recover compensation from a defendant if the defendant can show that the plaintiff was 51 percent or more at fault for the accident. This includes evidence that the rider failed to have appropriate lights on the motorcycle, or that they did not obey traffic laws at the time of the accident, such as yielding the right of way. However, we can craft a strategy to make sure that an insurer does not unjustly shift the blame to you. After establishing liability and causation, we can present evidence showing the amount of damages that you suffered, including past and future medical expenses, lost earnings, reduced earning capacity, and emotional suffering.

Speak with a Compassionate Motorcycle Accident Lawyer in Boston

Any type of motorcycle accident is traumatic for a victim and his or her family, but the process can become especially complicated when limited visibility was involved. Our team of legal professionals has counseled victims in many cities throughout Massachusetts, including in Boston, Cambridge, Waltham, Lowell, Newton, Somerville, Quincy, Dedham, Norwood, Brookline, Attleboro, Barnstable, Brockton, Plymouth, Worcester, Lawrence, and Springfield. To schedule a free consultation with a knowledgeable attorney who has helped many people in your situation, call us now at 1-800-379-1244 or contact us online.