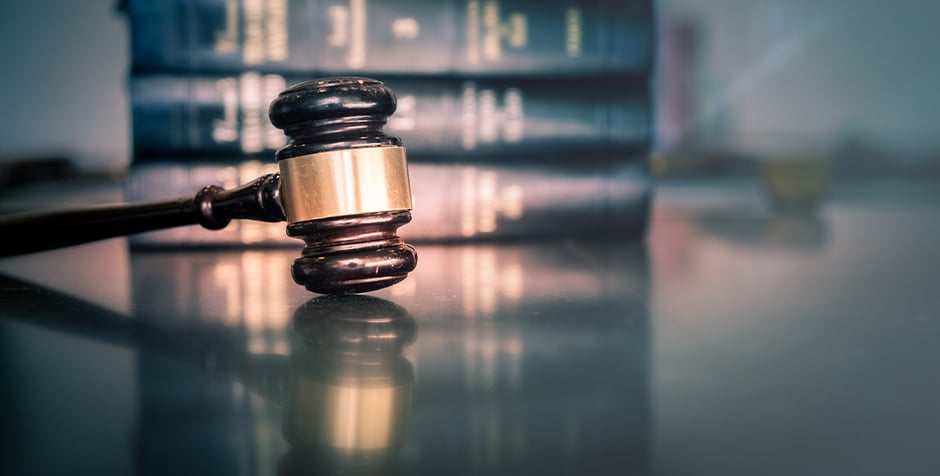 Loathe as the appellate courts are to let punitive damages judgments stand, it has not been surprising to see the 1989 amendments to G.L. c. 93A, §§ 9 and 11, which provided that the judgment amount should be used to determine the amount of damages, interpreted narrowly. Thus, in Cohen v. Liberty Mutual Ins. Co., 41 Mass. App. Ct. 748 (1996), the Appeals Court found that there was no causation which would justify the use of the judgment as a basis for multiple damages. And in Yeagle v. Aetna Casualty & Surety Co., 42 Mass. App. Ct. 650 (1997), the Appeals Court determined that in cases of simple c. 93A violations, where there was not proof of intentionally unfair practices, the judgment should not form the basis for the single damages awarded; rather, the claimant was entitled only to the loss of the use of the money.

Even against this stark backdrop, the latest dictum from the Appeals Court in the case of Bolden v. O’Connor Café of Worcester, Inc., 50 Mass. App. Ct. 56 (2000), proves most unsettling.

First, a bit of historical context. A series of cases1 limiting first party claimants to loss of the use of the money damages in their claims against their insurers resulted in the 1989 amendments to G.L. c. 93A. The identical amendments to both §§ 9 and 11 provided a new basis for determining the amount of damages. The amendment provides:

For the purposes of this chapter, the amount of actual damages to be multiplied by the court shall be the amount of the judgment on all claims arising out of the same and underlying transaction or occurrence, regardless of the existence or nonexistence of insurance coverage available in payment of the claim.

The Bolden case did not involve any of these questions, but for some reason the court felt compelled to ruminate on some distant turns the case might take along the c. 93A road. The claims in Bolden arose from a dram shop action. Ms. Bolden was most severely injured in an automobile accident. Suit was brought against the defendant for serving alcohol to an intoxicated person, which, she alleged, was the cause of the accident. The jury found in favor of the plaintiffs (Ms. Bolden and her mother, individually and as guardian); the judgment was in excess of twenty million dollars. Defendant appealed.

The defendant had insurance from the Liquor Liability Joint Underwriting Authority (LLJUA) in the amount of $100,000. There had been offers of settlement prior to the verdict. Before trial the offer was $5,000. While the jury was deliberating, the offer was increased to $15,000. After the judgment, plaintiffs entered into an agreement with the defendant that they would accept an assignment of the defendant’s rights against the LLJUA, and in consideration of such an assignment, would not execute on the judgment.

With new-found cooperation between the parties, the next logical step was to dispatch with the appeal, and indeed, plaintiffs’ motion to dismiss the appeal was not opposed. The LLJUA did, however, attempt to intervene in the case to preserve the appeal. The motion to intervene was denied by the trial judge, leading to the appeal now being discussed.

The Appeals Court affirmed. The case is instructive on the various considerations that should be taken into account on motions to intervene. The Appeals Court did not find that the judge had abused his discretion. The court found that the LLJUA would be adequately able to defend against the allegations of bad faith in a subsequent c. 93A case, even in the shadow of the twenty million dollar judgment.

The court then turned to its considerations of how damages might be evaluated in the subsequent G.L. c. 93A case. The court recognized that the “verdict [surely they meant judgment] arguably would be the measure of damages to be doubled or trebled” if the plaintiffs prevailed in the c. 93A case. The court then opined that the matter “appears at least somewhat unsettled . . . if, as here, a settlement relieving the insured from liability from the excess judgment is reached after judgment.” Bolden v. O’Connor Café of Worcester, Inc., 50 Mass. App. Ct. at 68.

The court referred to DiMarzo v. American Mut. Ins. Co., 389 Mass. 85 (1983), which, of course, has long stood for the proposition that bad faith claims against the insurer could be assigned by the defendant to the prevailing plaintiff. Until Bolden, the vitality of assignments has been without question. The Bolden court, however, rattled this fundamental premise by suggesting that the 1989 amendment to § 9 “has been interpreted as imposing certain limitations on the concept,” citing Cohen v. Liberty Mutual Ins. Co. and Clegg v. Butler.

It is difficult to see how the unusual factual circumstances in Cohen would have application to the rather straight-forward progression of the c. 93A claim in Bolden. In Cohen, claim was made under an automobile insurance policy. Liberty Mutual at first denied that it provided coverage for the vehicle. The basis for the denial, it turned out, was an innocent clerical error. A default judgment entered against the insured, and efforts to collect under the policy were renewed. Liberty Mutual discovered that it had been in error, but attempted to avoid liability nonetheless, and it was these subsequent actions that formed the basis for its c. 93A violations. Treble damages and attorneys’ fees were awarded, but the judgment, which exceeded the insurance coverage, was found to be inappropriate as the multiplicand for the damages. The court reasoned that the judgment, which pre-dated the bad faith actions, was not directly caused by bad faith actions of the defendant insurer; rather it was caused by an innocent mistake. The damages which flowed from the bad faith were, instead, the loss of the use of the policy coverage.

In Bolden, by contrast, the insurer was involved from the beginning, and, it would appear, was involved in the important decision-making along the way. The reasonableness of its view of the evidence remains untested, and the mere fact that its insured lost in a very big way does not necessarily mean that the insurer acted in bad faith. But if the insurer were eventually found to have acted in bad faith, it would be hard to imagine that the failure to settle was not a cause of the judgment. It would be senseless.

The court also cited the case of Clegg v. Butler in support of its observation that an assignment might somehow undercut the judgment language in § 9. In Clegg there was never any judgment against the negligent driver in the underlying claims, and the Supreme Judicial Court simply had no occasion to consider the effect of a post-judgment assignment of claims by the defendant against the insurer. In fact, in Clegg the underlying settlement was within available insurance policy limits. No claims had been assigned; no assignments had been sought. Thus, it would appear, Clegg provides no reason whatsoever to question the validity of post-judgment assignments.

Should some future court actually follow the lead suggested by the Bolden court, it would certainly create an illogical circumstance. Assume, for example, that there is a large judgment, as in Bolden, and the insurer is subsequently found to have violated c. 93A, and was further found liable for treble damages for its bad faith. Depending on the actions of the parties, two wildly disparate conclusions might result. If, for example, the plaintiff is found to have “settled” the case in chief by taking an assignment, but the damages are somehow limited to the loss of the use of the insurance proceeds, the judgment would be based on the loss of the use of $100,000. The total c. 93A judgment would be well under one million dollars even with treble damages. If, instead, there is no assignment, and the defendant from the underlying case proceeds against the insurer, the exact same facts should yield a sixty million dollar judgment against the insurer. The defendant keeps forty million, and the plaintiff executes the judgment for her share, twenty million. Post-judgment agreements between parties should not produce such wildly disparate results.

Although the Bolden case has now been settled, practitioners must now walk gingerly through an uncharted minefield. For almost twenty years, the vitality of DiMarzo has been unquestioned. The mechanism of assignment sanctioned in DiMarzo has provided both an efficient method for the pursuit of claims of bad faith settlement practices against insurance companies and a measure of relief for defendants burdened with overwhelming judgments. These cases have turned on their merits, not some myopic reinterpretation of the word “judgment” as it appears in G.L. c. 93A, §§ 9 and 11. The courts must recognize that the intent of the 1989 amendments was to expand the rights of injured parties, not to undercut them.