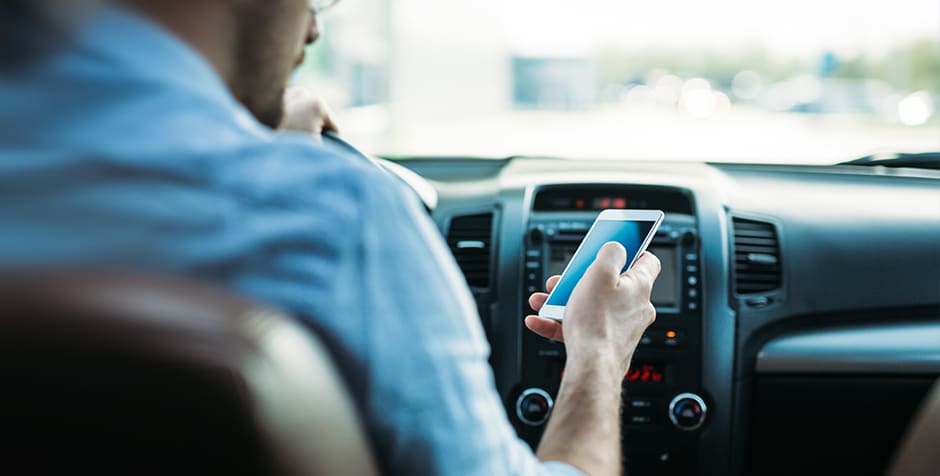 Distracted driving endangers everyone on Massachusetts roads. But when drivers are negligent and reach for their cell phones, cyclists may face the greatest risk for injury. Cyclists are vulnerable in heavy traffic congestion and near bike lanes, busy intersections and parking lots. Distracted driving is not just cell phone use. It is any action that takes a driver’s attention off the road. But cell phone use, particularly texting while driving, is highly engaging and hazardous on the road. According to the National Highway Traffic Safety Administration (NHTSA), research has found drivers take about 5 seconds to send or read a single text, and longer for other actions. At 55 mph, this is the equivalent to traveling the full distance of a football field while distracted.

Distracted driving accidents can seriously injure cyclists at much lower speeds, particularly near intersections. After fatal crashes, the City of Boston has worked to encourage truck drivers to check for cyclists with signage at intersections. This means checking front, right, left and back, using mirrors and windows. Cell phone use interferes with a truck driver’s ability to thoroughly check for cyclists. It interferes with any driver’s ability and cyclists are in a unique position to suffer severe injury.

The federal government has published rules which ban interstate truck and bus drivers from cell phone use and texting while driving. Massachusetts also has its own safety law.

On April 1, 2020, the Massachusetts hands-free law took effect. Prior to this, drivers were allowed to pick up cell phones to make calls, but texting was illegal under state legislation passed in 2010.

Under M.G.L. c.90, § 13B, cell phones must be put down and can only be operated in hands-free mode. Failure to do so can result in fines and other penalties for repeat offenses.

If police issue a traffic citation for violations of the hands-free driving law, this can help a cyclist demonstrate the driver was operating negligently. But drivers may be held financially liable for a cyclist’s injuries even without a traffic citation. Every accident happens under different circumstances and it is up to your attorney to investigate and demonstrate all the relevant facts on your behalf.

There is now clear guidance that drivers are not allowed to access GPS using a handheld cell phone. Going forward, drivers must mount GPS devices to a vehicle’s dashboard or integrate GPS with in-vehicle technology. This is critical for cyclists, because reaching for GPS has caused many distracted driving accidents and many near accidents.

Next, drivers can only use a cell phone if “the vehicle is stationary and not located in a part of the public way intended for travel.” This means drivers cannot use cell phones at stop signs or red lights. They should be checking traffic conditions, including whether a cyclist may be approaching from behind.

What Should a Massachusetts Bicyclist Do After Being Injured by A Distracted Driver?

If you are are a cyclist who has been injured by a negligent driver, the first step is to seek medical attention. The next step is police will investigate and decide whether to issue a traffic citation or pursue criminal charges. You should alert police if you saw the driver use a cell phone. Often, a cyclist may be the only witness.

It is also important for you to consult an attorney who can launch an independent investigation and protect your rights. At Breakstone, White & Gluck, our attorneys are committed to thoroughly investigating bicycle crashes to help you bring forward a successful claim for compensation for your injuries.

Even when a driver was clearly negligent, insurance companies are often reluctant to pay cyclists full compensation. There continues to be an unspoken bias against cyclists at times, as drivers far outnumber cyclists and their injuries may be taken more seriously.

Because of this, it is important to hire an experienced lawyer with a reputation for reaching full compensation for cyclists, including pain and suffering and lost earnings. You should also hire an attorney with whom you can work well and trust.

For a free legal consultation, contact our Boston bicycle accident lawyers at 800-379-1244. You can also use our contact form.