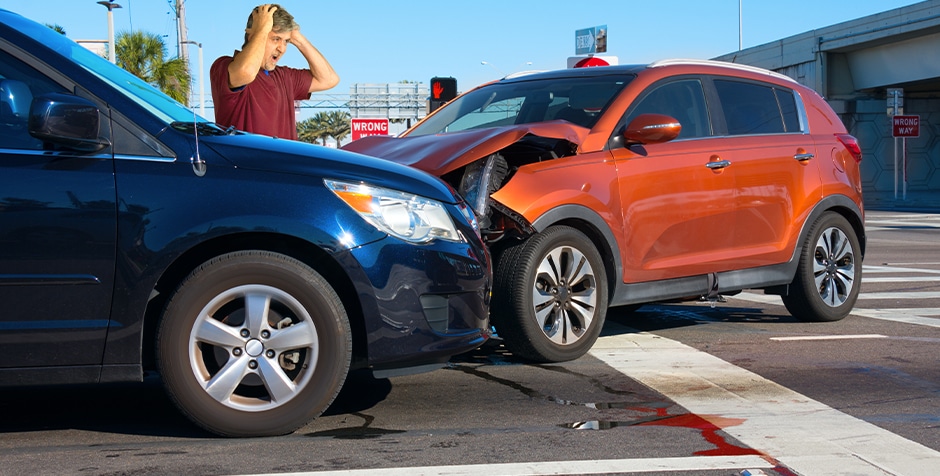 If you were injured in a car crash, there is a good chance it happened at an intersection. More than 50 percent of all car accidents happen at intersections, according to the Federal Highway Administration.

Unfortunately, in Massachusetts, there are many dangerous intersections, where drivers are known to speed, fail to yield or check their cell phones. Poor road design may contribute to intersection accidents.

As an accident victim, you may have the right – and need to – seek financial compensation to assist with your recovery. A Boston car accident lawyer can advise you on your legal rights for seeking coverage from the at-fault driver’s insurance policy. Cyclists and pedestrians may also seek compensation for injuries sustained in intersection crashes.

Massachusetts Laws for Driving Near Intersections

Massachusetts drivers have a duty to use reasonable care at intersections, including at stop signs and traffic signals. When a driver is negligent and hits another driver, cyclist or pedestrian, injuries can be serious and catastrophic.

Drivers can put themselves and others at risk any time they use a hand-held cell phone. Picking up a cell phone and texting are also not allowed at intersections.

Cyclists. When operating near cyclists, drivers must remember space is limited at intersections. The best approach is to allow cyclists to turn first.

Massachusetts law specifically states drivers cannot make a “right turn unless the turn can be made at a safe distance from the bicyclist at a speed that is reasonable and proper.” M.G.L. c 90 § 14.

Drivers must yield the right of way, slow down or stop for pedestrians at intersections. When “Walk” signals are activated, drivers have an absolute responsibility to stop. M.G.L c. 89 § 11.

Where Are The Most Dangerous Intersections in Massachusetts?

After the shock of a car crash, we understand you have many questions. Breakstone, White & Gluck is experienced in Massachusetts insurance laws, having represented injured drivers, cyclists and pedestrians since 1992. If you have been injured, you may have the right to recover damages, including for your medical expenses, lost wages and pain and suffering.

For a free legal consultation, contact the Boston car accident attorneys at Breakstone, White & Gluck today at 800-379-1244 or use our contact form.