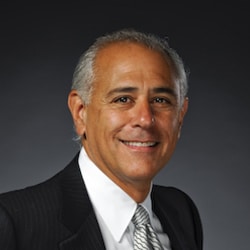 Attorney Ron Gluck is a member of the Charles River Wheelers and wrote this article for the club’s monthly newsletter, WheelPeople.

If you witness an accident, let the victim and the police know. The role of eyewitnesses is critical to the outcome of a case involving injured cyclists. In many cases, police receive a version of the incident from both the cyclist and from the driver of the motor vehicle. When these versions conflict, as they often do, it can be a toss-up as to who is correct. That is when an independent witness, who has no skin in the game, is critical. That person’s version of what they saw can be the difference-maker in the case.

Unfortunately, many people choose not to identify themselves as witnesses. Perhaps they are concerned that their involvement will take too much of their time. They may fear that they might even have to go to court someday to testify in the case, or be involved in a deposition. For many people, the default is to stay uninvolved. For the victim of a serious accident, the witness’s preference to remain uninvolved can have life-altering consequences.

What Would You Want if You Were Seriously Injured? What to Consider.

Perhaps one way to think of it is to ask yourself the question, “what would I want a person to do if I were the one seriously injured in a bicycle collision?” The answer is obvious: you would want the person to identify themself and convey to the police what they had observed. Since that’s what we all would want people to do, then adopt it as a policy of what to do in the event that you are such a witness.

Let’s look at what is really involved in terms of your time and the interruption in your life if you became a witness in a case that eventually went all the way to trial.

First, at the scene you may be a first responder and can provide comfort to the cyclist and be the first to call 911. Then, after identifying yourself to police, you would briefly give your statement and the police may ask you to submit a written statement which you could do from your home. Many months later, you may be contacted by an attorney to briefly discuss your observations over the telephone and then, perhaps, in the next year you may spend an hour or two giving your observations in a deposition which these days is often done by Zoom.

Although many people feel nervous when being questioned by attorneys in the course of litigation, the fact is that a witness who is simply volunteering their observations, and who has no rooting interest for either side, is treated with great respect by attorneys. The attorneys will always help accommodate a witness’s schedule to make the deposition convenient for them. And, if the case ultimately goes to trial and you are called to testify in court, the attorneys and the judge will go out of their collective way to accommodate the schedule of the witness if at all possible. The testimony would take an hour or so of your time.

One Witness: “It Was the Right Thing to Do.”

Recently, a witness to a serious collision stepped forward and made his name known to police at the scene. He did not know it at the time, but the driver of the vehicle that struck the cyclist would present a version of accident that was designed to help him escape liability for the collision. The witness told police what he had seen. He then wrote out a statement and gave it to the police. The cyclist, who suffered a brain injury, and who had little recollection of the incident due to the brain injury, achieved justice in the end largely because of the courage and selflessness of the witness to step forward. When I asked the witness why he had stepped forward and spent his time making sure that police understood what he had observed, he replied simply, “it was the right thing to do.” Yes, the right thing to do. Many people live by that credo. This is one more way, in the bicycling and motor vehicle context, that we can all bring it to life in the name of seeing that justice is done.

If you have questions about a particular incident or more generally about the subject matter of this column, feel free to contact Ron Gluck at gluck@bwglaw.com.

About Ron Gluck
Ron Gluck is a founder and principal at Breakstone White and Gluck in Boston. Throughout his 35-year legal career, Ron has represented seriously injured individuals in a variety of cases including cycling accidents involving catastrophic injury and wrongful death. Ron is a member of the Charles River Wheelers and regularly writes The Gluck Legal Takeaway column for the monthly newsletter, WheelPeople.